Getting Your Game Face On Getting Your Game Face On

During my five plus decades in professional baseball as a player, special advisor, club president, CEO and team owner, I’ve known a lot of players, especially pitchers, who started getting their game face on a day ahead of when they were scheduled to pitch. I didn’t. I would get focused and prepared, but my work came in the four or five days between starts. I was usually more relaxed than ever just before going out to warm up before a game. That was the time I felt the best because I knew that I had worked hard and was confident that I was prepared. I learned early in my career that the only thing that I could control in baseball was my preparation, and I never wanted to start a game knowing that the opposition was better prepared than I was. When I went out there to warm up, all the preparation was behind me and I had a job to do. Once I started to concentrate on doing my job, I switched gears and my game face went on. 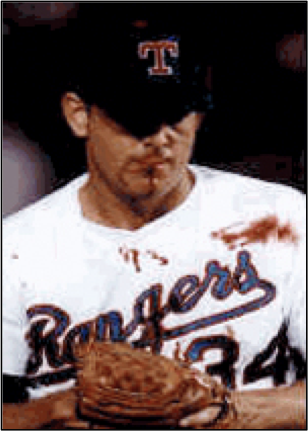 The actual pitching was a reward for everything I did on the off days to get me ready. The hardest part of the game was the preparation, not the game itself. The win and adulation were not as much a reward to me as the pitching itself – going out there and being able to be effective because of the preparation. Once I started warming up, I was all business. I have seen other pitchers joke around and talk to the hitters because they were in control of the game and things were going right. I never did that, because I knew that things could change on one pitch, and I was not going to leave the mound blaming it on losing my intensity.

I took it very hard when I had a bad outing. The opportunity and enjoyment of pitching were lost when I got knocked out early. Often when that happened I would be so disgusted with myself that I would go straight to the weight room and start working out to prepare for my next start. Some might find that a little odd, but I found that sitting around and sulking about my poor performance did little to improve my disposition or prepare me for my next outing. It was also not something my family enjoyed or wanted to see. I found that working out relived my frustrations and enabled me to leave the park knowing that even if I sucked tonight, I accomplished something that would help me be better prepared for my next outing.

Nolan Ryan is a member of the Baseball Hall of Fame and former President, CEO and Owner of the Texas Rangers. To see more of Nolan’s opinions on baseball, family and life, read Miracle Man Nolan Ryan The Autobiography with Jerry Jenkins, Word Publishing, 1992.

Tags: advice•coaches•Psychology•training
OlderMore than Just a Drink: Effects of Alcohol on Training and Competition
NewerThe Relevance and Importance of Speed Reserve in all Sports

Why Do Some Players Perform Better in Practice Than in Games? Gene Coleman, Ed. D., RSCC*E, FACSM Being a Well-trained Athlete Isn’t Enough By Jim Taylor, Ph. D. One of the questions I’m asked most frequently from athletes, coaches, and parents is: “What...